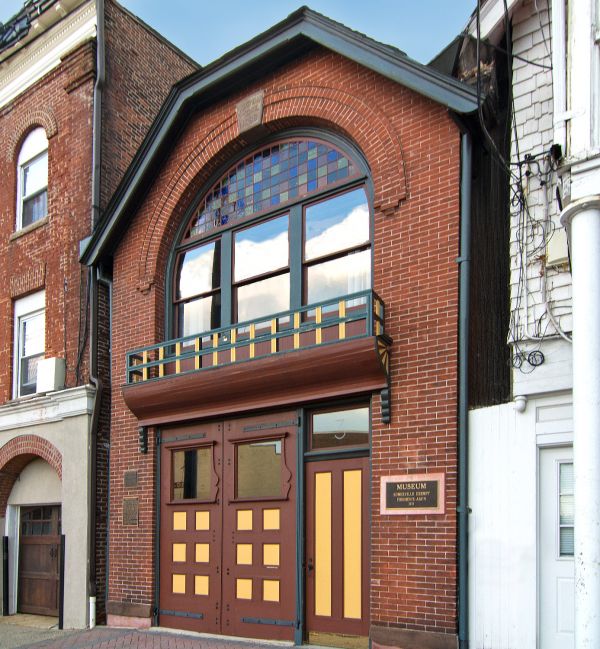 The Somerville Exempt Firemen’s Museum, located in a restored 1888-built firehouse at 15 North Doughty Ave, features a walk through 180 years of Somerville firefighting history. Two floors of exhibits and artifacts include a pre-Civil War hand pumper and a horse pulled steam engine as well as equipment, hoses, ladders, helmets, uniforms, photos and other related fire service memorabilia. Visitors have the opportunity to operate the hand pumper and a restored fire alarm box system that once summoned volunteers to their stations. The museum is open each Saturday from 10am-noon for guided tours. Group tours during weekdays can be arranged by e-mailing sfdno3@aol.com. An architectural gem, the original firehouse structure was built by West End Hose Company #3 in the late 19th Century to provide fire protection to the then rural west end of Somerville.

The building then became the museum run by the Somerville Fire Department Exempt Association. Over time it has been expanded and restored to its original design detail, including original brick and stained glass. The last alarm response from this building was made by a 1942 Mack pumper in July, 1969. That pumper, now designated as Engine 5, has been restored and is used for ceremonial purposes.